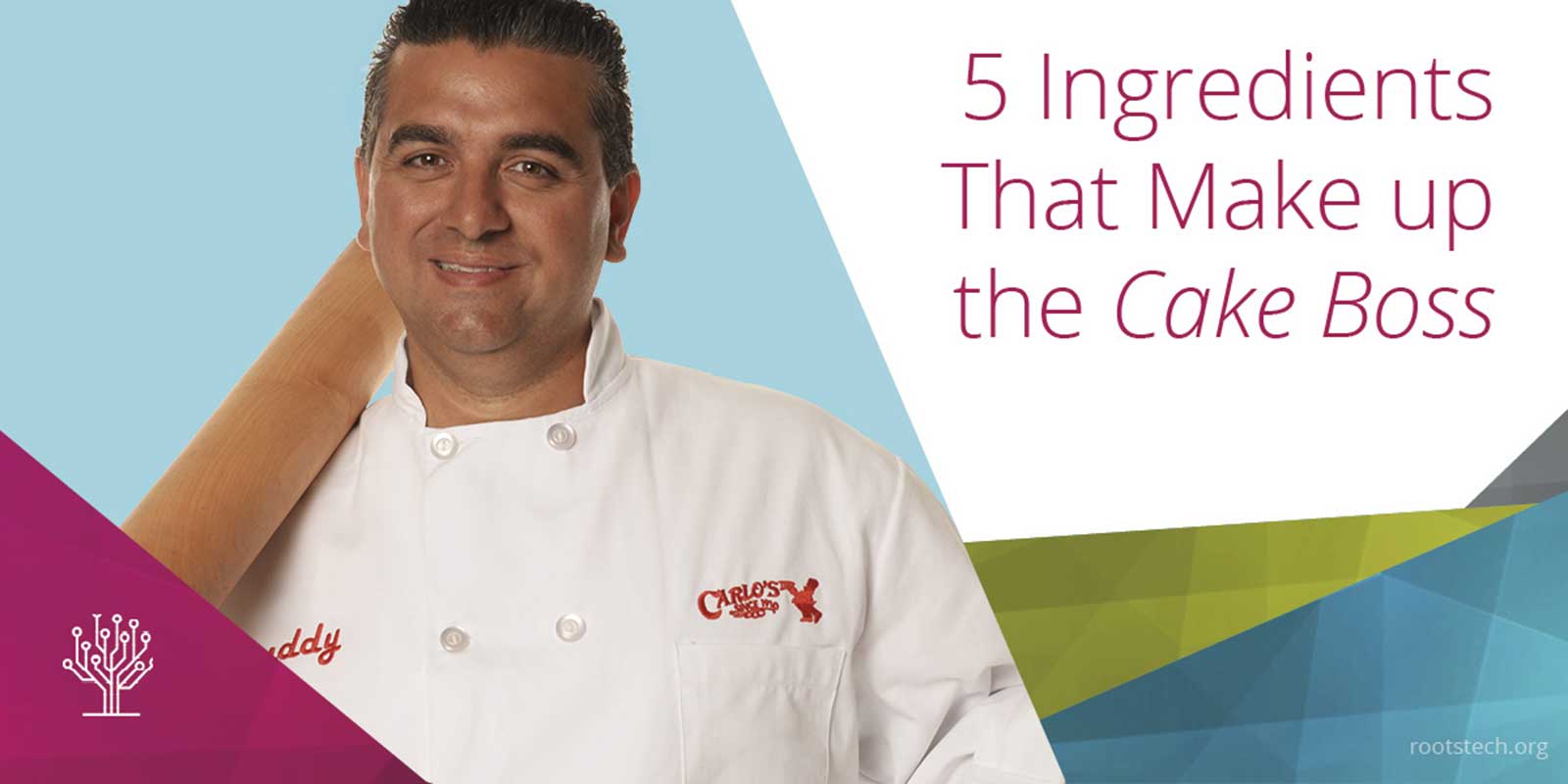 5 Ingredients That Make Up the Cake Boss

In addition to decorating thousands of cakes, hosting a television show, opening a chain of shops named “Carlo’s Bakery,” writing books to inspire families, and starting a new line of products, we’re pleased to announce that TLC’s Cake Boss, Buddy Valastro, is also making time to come to RootsTech 2017! You may know a little about this likable baker, but what are the key ingredients that make Buddy tick?

Ingredient One: A Dash of Determination

Buddy wasn’t always the boss of the bakery. At age 11, he started working for his father as a fourth generation baker, but the cake boss wasn’t doing cakes just yet. His first task was scrubbing the toilets, and his next task was washing dishes. His father taught him to work from the bottom up. In doing so, he was raising more than the next boss; he was raising a man.

Six years later, Buddy had to put everything he knew to the test. His father passed away from lung disease, and it was up to the 17-year-old to run the bakery. With employees that had been working there for longer than he had been alive, Buddy had to learn how to gain their respect and continue growing the business.

With endurance and determination, Buddy turned Carlo’s Bakery into a household name, both with his television show, and with his product line that features everything future cake bosses may need.

No request is too extreme for this baker. After learning that he could run the bakery, Buddy was eager to show both his fans and his family members that anything is possible.

When faced with a unique challenge, Buddy doesn’t say no; he just figures out how to accomplish the impossible with his positive attitude and his determination, which keeps the bakery successful.

Buddy believes that the American dream is alive, and he has worked hard to put the bakery not only on the map, but on a television show. With supermarkets putting small bakeries out of business, Buddy decided to start creating masterpieces that supermarket bakeries could never create.

Working inside the 116-year-old bakery comes with traditional virtues that Buddy holds on to. Although he goes to conventions to see the latest trends, techniques, ideas, and technology, Buddy enjoys doing things by hand. From crumb cake to popular pastries, Buddy holds true to the old-fashioned baking techniques his father taught him.

Ingredient Four: A Heap of Passion Mixed with an Equal Part of Practice

The first time Buddy decorated a cake was at age 13. Although it wasn’t a 4,000 pound, 12-foot-tall Transformers cake, Buddy was still proud of his work, and that accomplished feeling helped solidify what he wanted to be.

However, just because Buddy liked baking and decorating didn’t mean that he was immediately good at it. Buddy’s advice for those aspiring to be like him is to practice and to never give up on their dreams.

The Final Ingredient: A Large Helping of Family

While Buddy is passionate about baking, there’s one irrefutable thing he loves more: his family. His proud Italian heritage taught him that la famiglia is most important, and with sisters, cousins, second cousins, nieces, and nephews working at the bakery, Buddy sees a lot of family on a daily basis.

The first cake that Buddy decorated at age 13 was, in fact, for a family member—his mother. It was a strawberry shortcake, and he wanted it to be perfect for her. His family has helped him become the man that he is, and his number one support is his wife, Lisa. They have been married for over 15 years, and the two enjoy spending time together and eating family dinners with their four children.

Buddy hopes that one day his children will feel as passionate about baking as he does and that one day they’ll take over the bakery. Until then, he’ll continue being the Cake Boss and balancing career with family.

What are some of your favorite cakes created by the Cake Boss? Tweet us @RootsTechConf and @CakeBossBuddy, and register to see him at the 2017 RootsTech conference.