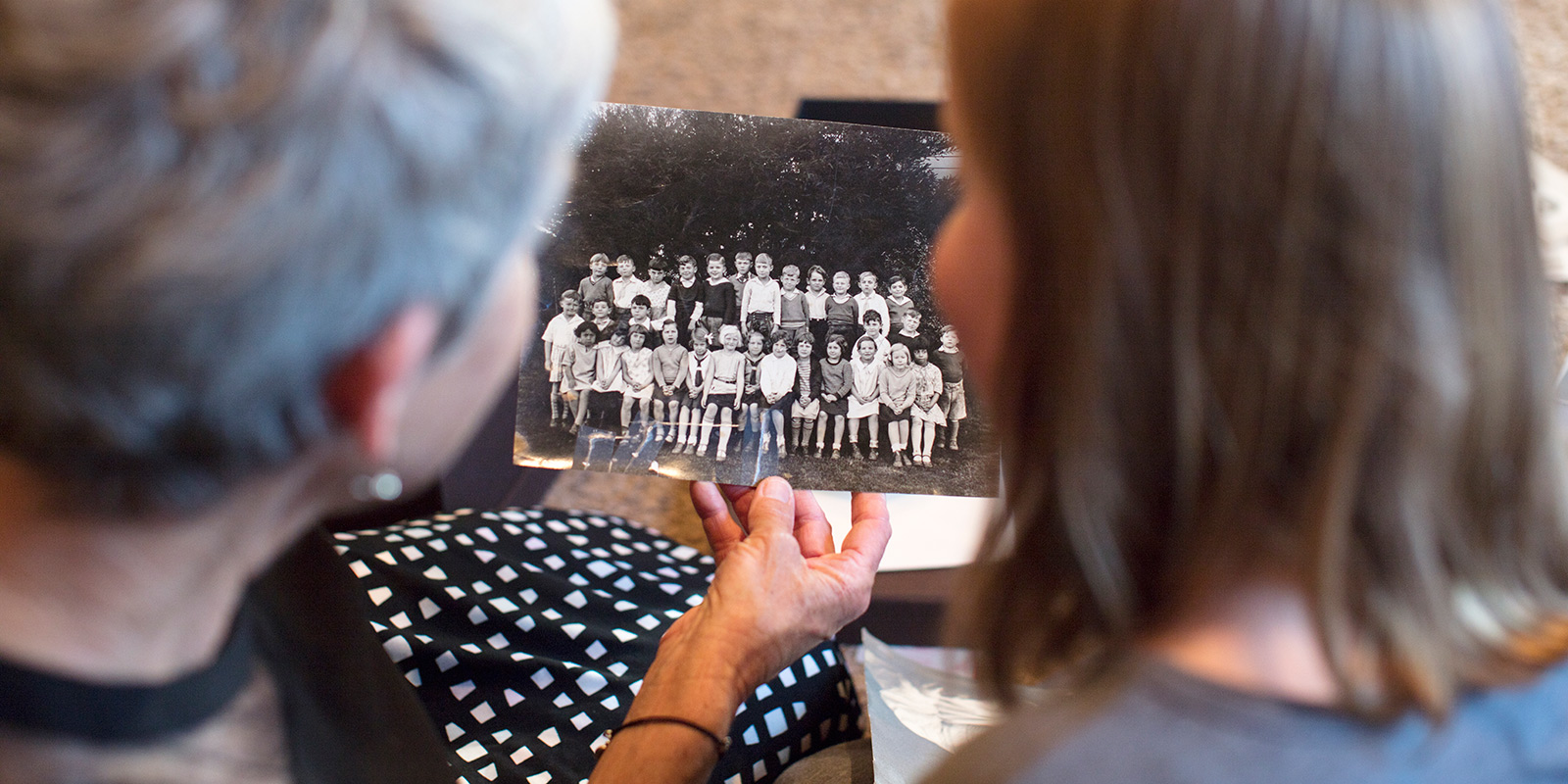 This is the second of a two-part series exploring tips and tricks for identifying old photos. Read part one.

In last week’s article, we explored a few ways to gather clues to begin identifying unknown family photos. In this article, we’ll talk about the next step of solving photo mysteries: organization. Popular photo detective, Maureen Taylor, offered a few tips to make the process easier in her RootsTech 2017 presentation. 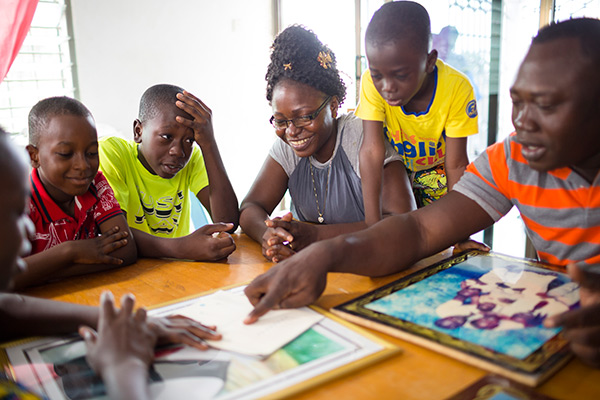 When sorting through a box filled with old photographs, spread the photographs out on a long table. Taylor says, “First, [try] to match up people and houses and pets and corners and writing and all of that.”

Ask the following questions regarding the pictures:

Piecing together the answers to these questions will eventually lead you to who is in the photo—the most important fact.

At this point, you might want to create a chart on your computer or a piece of paper that captures the information you already know about the photo. You can label the pictures numerically on the chart and then have a caption correlating with each photograph. As you scan your photos into your computer, consider placing your photograph on paper and writing the same number and caption as on the chart.

This will make adding metadata to your photographs on the computer easier later. 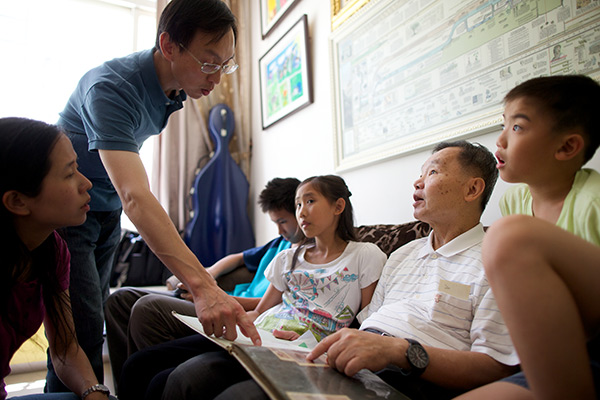 1) Identify a photograph by where you found it.

What clues can you gather based on the actual photographs? Do you see the same handwriting on some of the pictures? How were the photographs put in an album? What type of album was it?

Taylor warns against one thing with albums: “If you take apart that black paper album, you’re losing the context of the story of those photos; 99.9 percent of the time there is nothing on the back of those pictures.” She recommends photographing the page as a whole so you remember the context.

2) Identify a photograph by clothing.

Clothing makes identifying a time period easier. For example, when it comes to women’s clothing, Taylor said, “Here are some general things to look for when you’re studying 20th century fashion trends. Skirts in the 20th century started out floor length. Then by World War I, they were a little bit above the ankle. Then in the 1920s, they’re the shortest they are before the 1960s. They’re right below the knee. And then in the thirties, they get long again. In the forties, they’re long—calf length.”

The 20th century is also when the middle-class starts wearing casual wear. While the wealthy began having distinct outfits based on what they were doing before this time (horseback riding, tennis, etc.), sportswear and casualwear are new in the 20th century.

Do you see any family heirlooms, such as a locket that’s been passed down in the family? This will also give you an idea of who is in the picture and when the picture may have been taken.

3) Identify a photograph by hairstyle.

Hairstyles for women, according to Taylor, “[go] short, then [get] longer mid-century. But when women get the vote in 1920, women start cutting off their hair.”

Look at the people in your photo. If the photo is of a woman, ask yourself, “Is her hair parted in the middle? On the side? Is it tight in a bun? Is the bun further back on the head or right at the top?”

Like the movie stars of today, it may be a good idea to find out how and when royalty, magazines, and television were influencing hair trends.

4) Identify a photograph by who took it.

In the 20th century, amateur cameras became incredibly popular. They were originally targeted to little boys, and Taylor says, “They sold 250,000 of them in one year. Up to this point, men were the photographers for the 90 percent of [photographs]. And then [they] sold so well to kids, little boys primarily, that Kodak decided that maybe women could be photographers. And they developed a whole line of cameras in color—blue cameras, red cameras, pink cameras—to attract women to take the family photographs.”

According to Taylor, “Snapshots are spontaneous and awkward. They’re not formal. It’s basically the amateur as a professional.” So if you have any random photos, it’s most likely an amateur with a camera.

Go through the snapshots and see if you can find photographs with the same angle. Perhaps your candid photos were taken by the same child.

However, Taylor says “People still went to studios for important milestones. The photo studio didn’t go out of business. And in fact, snapshots influence studio portraits. So at some point, you start to see children in studios without shoes on. Because in the back yard, they’re out there playing without shoes, and the studios are trying desperately to stay in business with the snapshots.”

If it was a studio, see if you can find the photographer’s name embossed somewhere on the photograph. City directories, archives, or Googling it can tell you how long that photographer was in business, which gives you a good way to pinpoint a year range for your photo.

5) Identify a photograph based on what you see in the photo.

As Taylor says, “Snapshots, even though they’ve been around for more than 100 years, often come with little stories attached to them. . . . Maybe they’re just out for the afternoon. Maybe they’re on vacation. Maybe somebody in the family just got a camera and wants to try it out. But there’s usually some reason that people run around and take pictures.”

Are you looking at a photograph of someone’s wedding? Are there any people who match with the other photographs you have? Were they having a garden party? Do you recognize the backyard? Are you able to see the houses surrounding the garden and their house numbers?

Looking for family pets can also be a great clue. “Pets are a clue to the people that are in those photos,” said Taylor, “because lots of people took pictures of their pets or with their pets. And so you look for the same type—the same dog–in all of the pictures and match them up.”

What type of cars are in the background? Can you match the furniture from your posed photos with another picture? Perhaps they were taken at the same studio. What trinkets are they posing with? Taylor says, “Did you know the 1930 census kept track of who had radios? So if you don’t know who these people are with their backside to the camera for their Christmas card, and you had maybe an idea, obviously they just got the new radio and this was what they were showing off for Christmas, Mr. and Mrs. E. Thomas. But if it didn’t have a name on it, you could look at that 1930 census and see who in your family actually had a radio.”

While a photograph may be just a photograph to some, Taylor says, “don’t underestimate it. It can really do amazing things for you and your family.”

What stories are you hiding in your photos? Tweet @RootsTechConf and let us know!