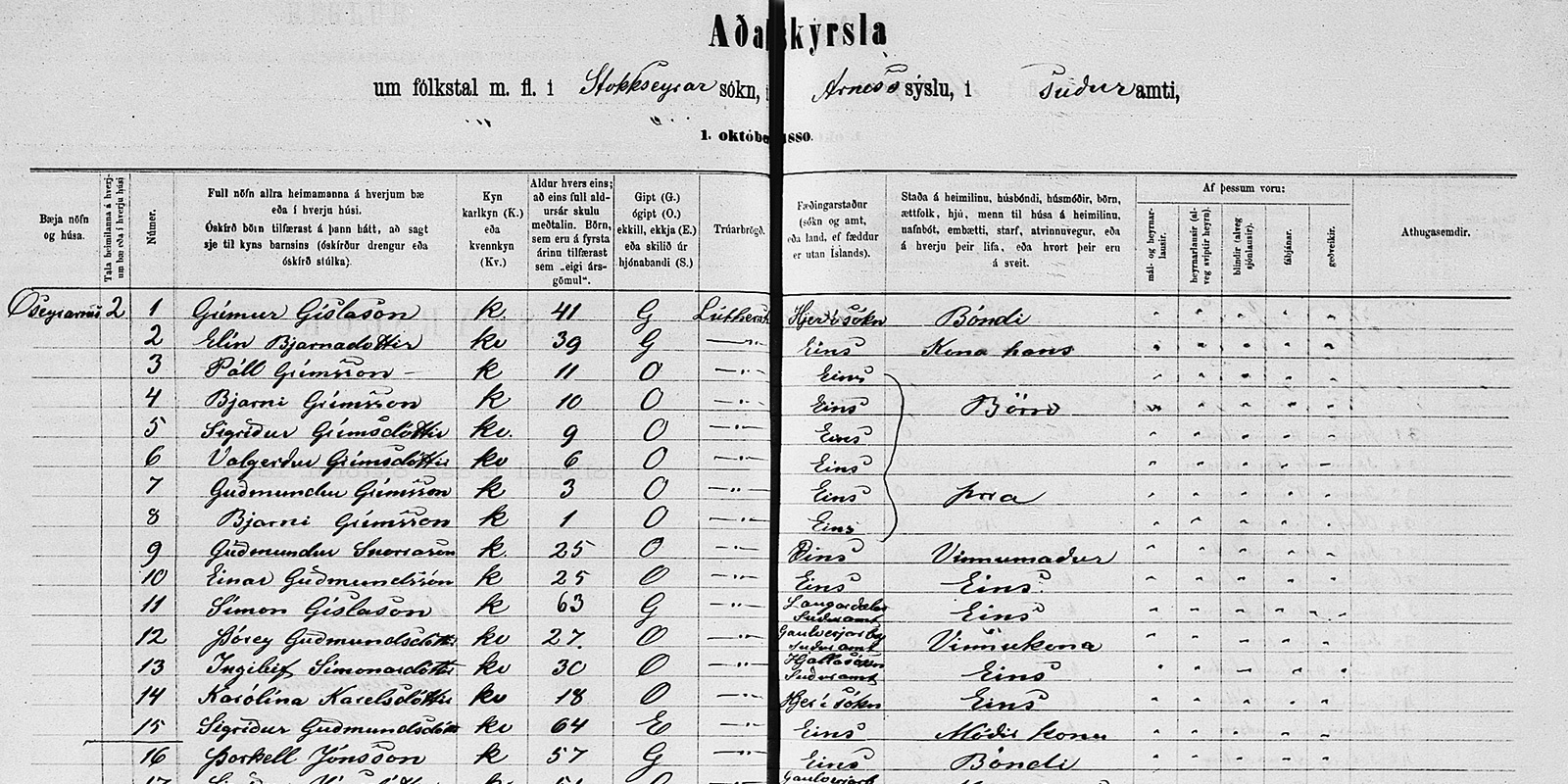 8 Strategies for Finding Missing Persons in the U.S. Federal Census

This is the first in a three-part series about finding individuals and families in the U.S. Federal Census. Read part two and part three.

U.S. federal census records are a fabulous source for capturing the makeup of a family group on a given day in a particular place. These population accounts were mandated by the U.S. Constitution to be taken every 10 years, beginning in 1790.

Each person who supplied information to the enumerator (a person who collects demographic, economic, and housing data on behalf of the U.S. Census Bureau) was required by law to respond truthfully.

But what if you haven’t been able to find your missing ancestors in a census record? In her 2017 RootsTech presentation, Mary Kircher Roddy offered a number of strategies that can help you find these elusive ancestors. We’ve compiled six of her suggestions here.

Roddy explained that common first names, such as James or Thomas, are easy to recognize and are likely to be indexed accurately. However, “surnames have so much more variability,” Roddy said. “Often it’s easier to search by first name and perhaps an age or a country of birth.”

Roddy used her ancestor James Ahern’s surname as an example. He had been listed in one census with the surname “Hern” and in a subsequent census with “Abern.”

Search by middle name and initials.

It was common for many of our ancestors to go by a middle name, a nickname, or their initials. Roddy said that she found one of her ancestors, Henry Michael, listed as Henry in the 1870 census and Michael in the 1880 census. “This family was notorious for [changing] from the middle name to the first name [every other record],” Roddy said.

Look for known relatives and at the previous and subsequent pages.

Our ancestors tended to cluster as neighbors, so if you’re looking at a census and can’t find the family you’re looking for, search for a related family member (perhaps an in-law) who you know was located in the same area. Once you’ve found a page where the related family member is listed, scour the pages before and after to see if you can locate the family you’re seeking.

Understand and use wildcards.

Wildcards can be really helpful as you search for your ancestors on digitized census records. “Each search engine that you use—whether it’s Ancestry, Findmypast, or FamilySearch—has different wildcards,” Roddy said. Typically, you can use a question mark for a vowel or a consonant that could easily have been misheard and consequently recorded incorrectly.

Roddy said that searching for young children often brings good results because an enumerator is less likely to mistake the age of a child born near the time the census was taken and because the birth location is most likely to be accurate. “You’re not going to be that far off in a child’s age,” Roddy said.

However, “you could be a lot farther off on an adult’s age” and birthplace. For example, let’s say you were looking for a man who was born in New York, was raised in Pennsylvania, moved to Ohio to marry, and then moved to Iowa with his family. When the wife responded to the census enumerator in Iowa, she might have said that her husband was born in Pennsylvania because she knows that’s where he spent his childhood.

If you still cannot find your ancestor, Roddy suggested that you trace the enumerator’s path using a contemporary map that shows the region covered in that census. It might help you discover if one or more people listed in a household were misidentified or if the enumerator actually missed the household.

Join us next week for part two of this series to continue exploring how to find individuals and families in the U.S. federal census.