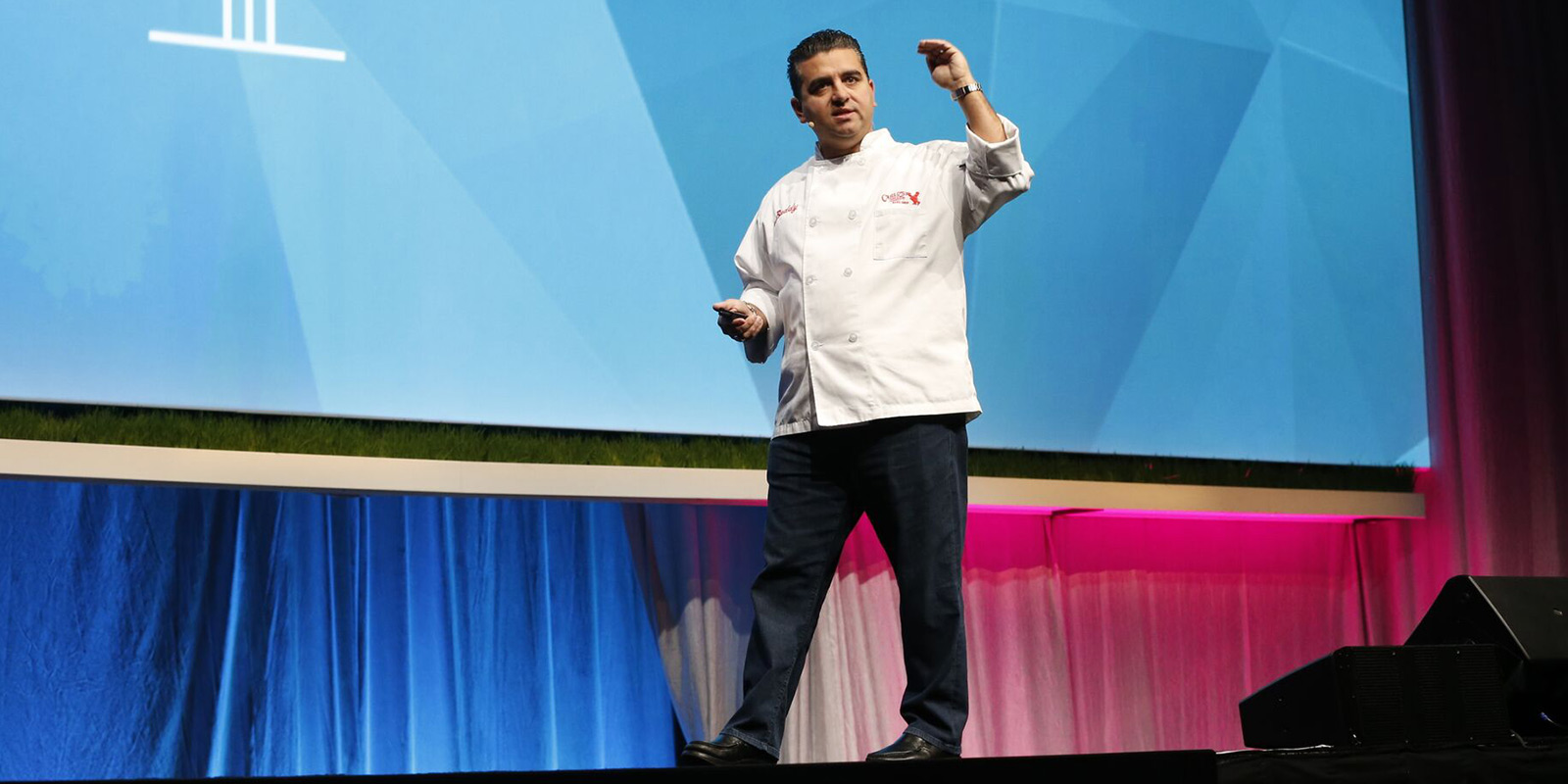 Buddy Valastro, talented baker and star of the popular reality television series Cake Boss, never imagined that his family’s business, Carlo's Bakery, would someday become a household name around the globe, but according to him, that’s the kind of thing that happens when a person works hard and gets to do what he loves every day.

Valastro is passionate about his work and it shows. “I have my dream job,” he says. “I go to work every day and I love it.”

Valastro shared some of the history behind Carlo's Bakery, and gave the answer to the often asked question about the origin of the Bakery name, which isn’t a family name. Carlo’s Bakery has been around since 1910, and Valastro’s father, Buddy Sr., bought it from the original owner Carlo Guastaferro in 1963 after working there as an employee for a number of years.

From Punishment to Privilege

Buddy Jr. began working in the family business as a kid when he started finding trouble. One day after he was delivered to his home by a police officer after being caught playing with matches in the woods with friends, Valastro’s father decided it was time for him to start working in the bakery, but what was originally meant to be a punishment turned out to be what he now calls a privilege.

On his first day of work at the bakery when he asked his father what he’d be working on, he was told to clean the toilet bowl and that he should clean it with the same pride and effort he would put into a wedding cake. Valastro admitted at the time that he had never cleaned before in his life, “I had four sisters and my mom, and you know, I was the baby.” “I lived like a king.” It was clear he wasn’t going to receive special treatment because he was the owner’s son. His father was going to teach him the value of hard work. He now says that his early experiences in the bakery make him a better boss, because he’s been there.

From the Baby to the Boss

Valastro considered his father his best friend and idol and worked alongside him for many years. It was during these special years that he discovered his passion. “It was the cake decorating that got me,” he said. As he decorated cakes, his problems disappeared. He called it the “zone.” Describing what it felt like to step back from something he had created, he said, “It’s a feeling of self-worth, a feeling of satisfaction, a feeling of wow! I wanted that feeling for the rest of my life.”

Everything changed the year he turned seventeen when his father was diagnosed with stage 3 cancer. Three short weeks later when his father died, Valastro found himself carrying the burden of the family business and struggling to gain the respect of employees with decades of experience. He said everyone expected him to fill his father’s shoes. “My dad was a legend, I mean, people loved him.” At his father’s funeral as people shared stories about his dad, he found himself wanting to do everything he could to be just like him.

After three difficult years of hard work and humility, Valastro finally felt that he had a firm hold on the reigns of the business. He soon started searching for ways to set the bakery apart from other bakeries and set out to make designer cakes that tasted like his father’s. His plan worked, and before long his creations were being featured in wedding magazines, he was participating in cake competitions, and starring in his own television series.

Of all his many accomplishments, Valastro said greatest was his family.