Finding Your Roots at RootsTech with Henry Louis Gates Jr. 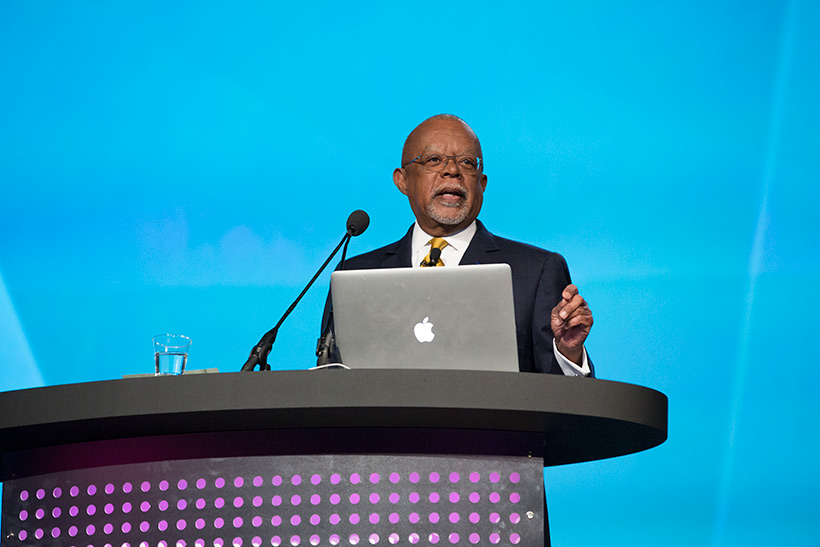 Henry Louis Gates Jr., scholar, film-maker, and host of the popular PBS series, Finding Your Roots, graced the RootsTech Stage on Saturday, the last and final day of the conference. He opened his keynote address by calling for a second round of applause for Natalia LaFourcade, the popular Mexican singer who preceded him on stage with her recent hit song, “Remember Me” from Disney/Pixar’s animated movie, Coco. He mentioned he’d recently seen the film and shared an African tradition related to the movie’s message saying, “If you continue to speak the name of your ancestor, they will never die. If you think about it, that’s what unites us. That’s why we love genealogy, because we’re keeping alive our ancestors, our families, our traditions and therefore ourselves.”

Gates shared that the previous day he had visited and toured the Family History Library operated by FamilySearch in Salt Lake City and related the following, “I love Salt Lake City … Every time I come here and go to the Family History Library a miracle happens.” One of the recent miracles included the discovery of an obituary of his great-great grandmother, Jane Gates, which he’d remembered seeing once as a nine-year-old child. It had described her as “an estimable woman.” Gates remembered wondering at that young age if perhaps he might be “estimable” too. 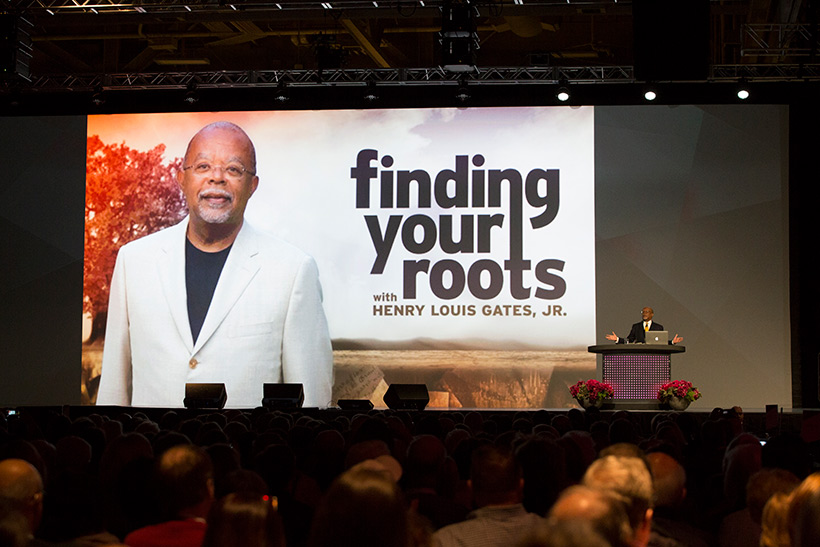 The Finding Your Roots PBS series is the successful evolution of an idea Gates says came to him during a trip to the bathroom in the middle of the night—an inspired moment he describes as being emotional. “It was one of the greatest moments of my life.” The idea would combine traditional genealogy research with DNA test results and led Gates to first create African American Lives, a PBS mini-series. After jokingly being accused of racism for focusing solely on African Americans, the original idea evolved to include a more diverse group of celebrities.

Gates is now in the process of filming the fifth season of Finding Your Roots. He works with experts such as genetic genealogist CeCe Moore to pair details from the paper trails of celebrity ancestors with DNA test results from the celebrities themselves to make meaningful, and often emotional, family discoveries.

Finding Your Roots, the Seedlings is the next step in the evolution of Gates’ idea and will help young people get in touch with their ancestry. It’s a unique curriculum being developed for middle school children that will give them an opportunity to study their family tree in their social studies class. They will then take a DNA test, and study the science behind it, in their science class. Gates has high hopes for the curriculum and believes in its potential to reignite a love of learning in poor “black” and “brown” neighborhoods around the country. “The causes of poverty are both structural and behavioral and too many of our own people have lost their way,” he said. Gates and his colleagues have already been testing the curriculum with a diverse group middle schoolers from all over the country through a special summer program.

Gates’ overarching message to RootsTech attendees was a message of unity. A love of genealogy has been with him for most of his life and when people ask him today why he does it, his answer is the following. “I do it to show that we’re all brothers and sisters under the skin at the level of the genome.”