Ghosts of RootsTech Past

If you haven't heard yet, RootsTech 2020 will be the tenth year of RootsTech in Salt Lake City! We are so excited to be celebrating with you, whether you are attending for their first time in 2020 or you’ve been with us since the beginning.

Here are some of our favorite RootsTech memories:

Lafourcade started her keynote session by singing the song from her newest album “Dance with the Gardenias” on a vintage guitar she fondly referred to as Francesca. She concluded her performance by singing, for the first time live, “Remember Me” from Pixar’s Coco. And, of course, FamilySearch presented her with her genealogy at the end. 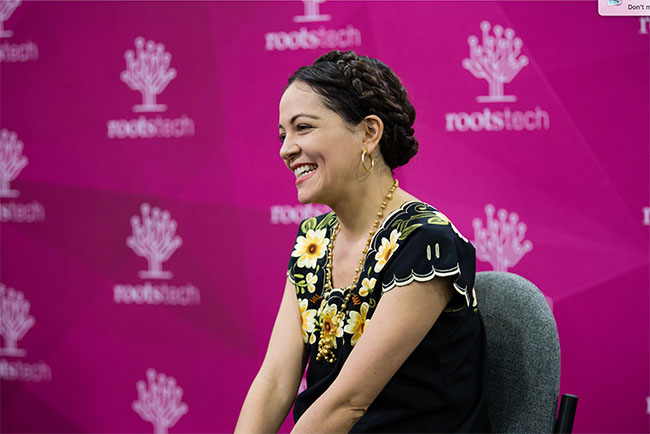 The Cake Boss, Buddy Valastro, and the Cake Decorating Competition in 2017

The Cake Boss himself joined us for RootsTech in 2017, so naturally RootsTech that year also included a cake competition with Buddy Valastro as the guest judge. In Valastro’s keynote address, he discussed his family and how they were a part of his success.

Expanding to London in 2019

This one had to be on this list! Bringing RootsTech across the ocean was a huge step for us, and you helped prove that it can be done! The announcement was made via a Facebook Live video on August 28, 2018. At RootsTech London, we saw 9,727 attendees from 42 different countries and over 450 volunteers. 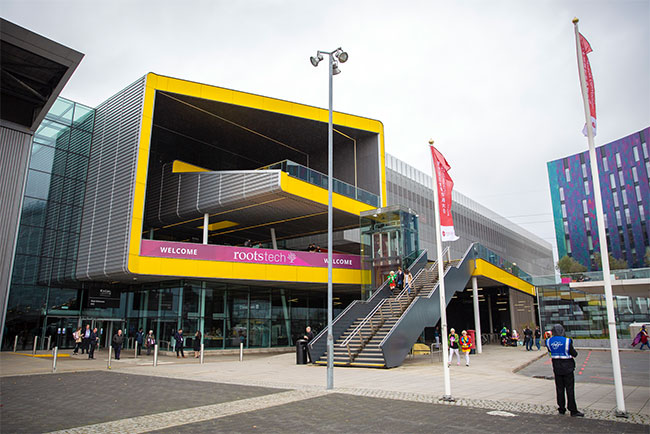 “It is through the stories that we tell each other that we literally create the world as a reflection of who we are. It is our stories that have always provided the context for who we are, why we are here, where we are going, and even more importantly what our particular contribution be in the service of achieving our uniquely human destination. That upon which we focus our imagination is what we manifest in this realm."

Osmond first spoke at RootsTech in 2015 and discussed the significance of the legacies we leave behind, generational trauma, overcoming, and being a product of your parents. Osmond wowed crowds with some of his classic hits and heartwarming stories of family.

Stan Ellsworth riding his motorcycle on stage in 2016

Stan Ellsworth, the host of BYUtv’s show American Ride, took to the RootsTech stage in 2016 to discuss telling stories of our heroes, their sacrifices, and ourselves. Arguably though, the highlight of Ellsworth’s time with us at RootsTech was him riding his Harley-Davidson up the aisles of the main hall all the way onto the stage! You can watch here: 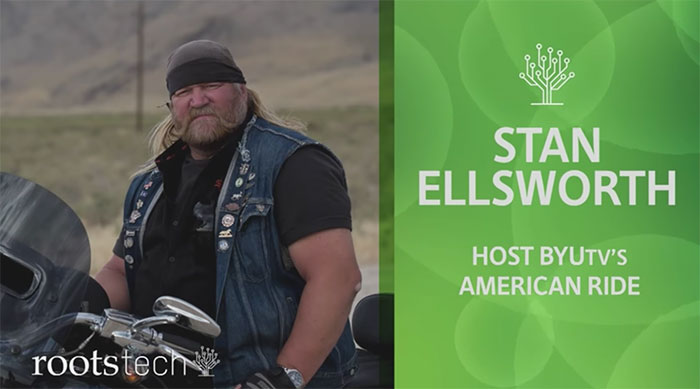 During the opening keynote in 2019, Steve Rockwood was joined on stage by Michael B. Moore, President and CEO of the International African American Museum (IAAM), and his team as well as Elders Foster and Bednar of The Church of Jesus Christ of Latter-day Saints. With the whole group on the stage, Elder Bednar announced a historic partnership between the Church and the IAAM, which included a donation of two million dollars to help fund the Center for Family History housed inside the museum. This historic moment was followed by an address from Martin Luther King III, the eldest son of Martin Luther King Jr. and Coretta Scott King.

We are so excited to continue celebrating #RootsTech10Years with you leading up to RootsTech 2020. RootsTech 2020 takes place February 26–29, 2020, in Salt Lake City, Utah. Haven't registered yet? Register today! And don't forget to follow us on social media and share your Ghost of RootsTech Past. You can find us on Facebook, Twitter, and Instagram.

I’m excited to announce that RootsTech 2021, which was scheduled to be held February 3–6 at the Salt Palace in Salt Lake City, will now be an entirely virtual conference! My team made this short video below detailing what you can expect from a virtual conference:
Jen Allen | Sep 1, 2020

Healing and Family History: The Emotional Side of DNA