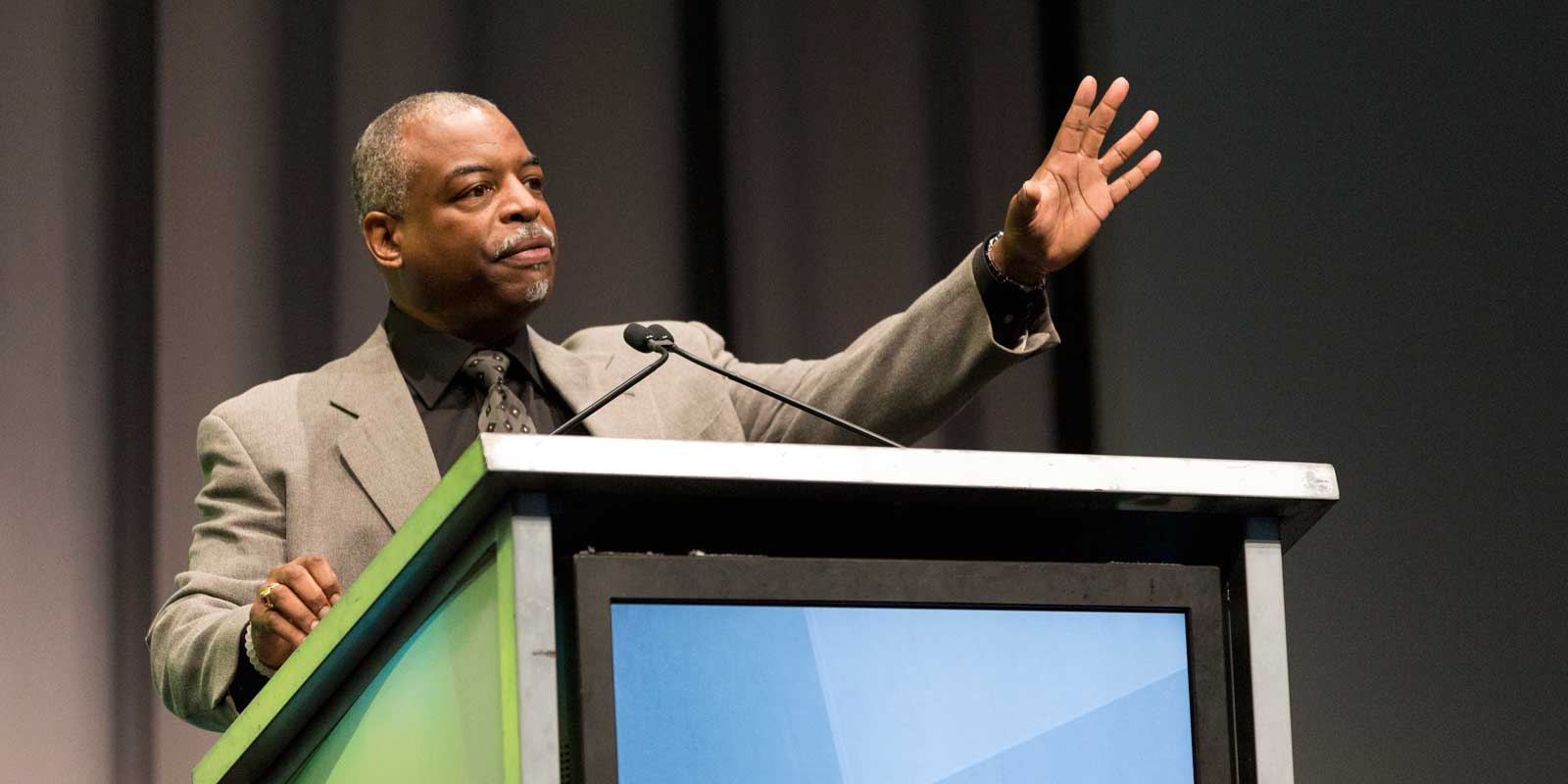 Not Destined to Be a Statistic

In what was one of the most heartfelt keynote addresses in RootsTech history, Levar Burton inspired the RootsTech audience Friday morning with his unique perspective on equality, race, history, and the global family.

Burton, a widely recognized actor for his roles in shows such as Roots: The Saga of an American Family and Star Trek: The Next Generation, began his address with a tribute to his mother, Erma Jean Christian, noting that without her work ethic and determination he could have been “one of those statistics of which we are all so familiar, a black male child, raised in a single parent household, a latchkey kid.”

“My mom worked from nine to five, five days a week,” he said. “But you see, Erma Jean is a most powerful human being, one of the most powerful I know. And she was determined that I would reach my full potential in life.”

It was Erma Jean who instilled in Burton a love for reading and learning, always pushing him to excel in education, and teaching him that a quality education would allow him to compete on a more level playing field.

“The truth was, she told me, is that as a black male my life would be fraught with injustice and frustration with the unfairness of that injustice,” he said. “She told me that my journey might even be perilous at time, sometimes dangerous. But as her son, she assured me that I had the wherewithal to persevere through it all.”

“I believe I am the man I am, because my mother is the woman she is.” 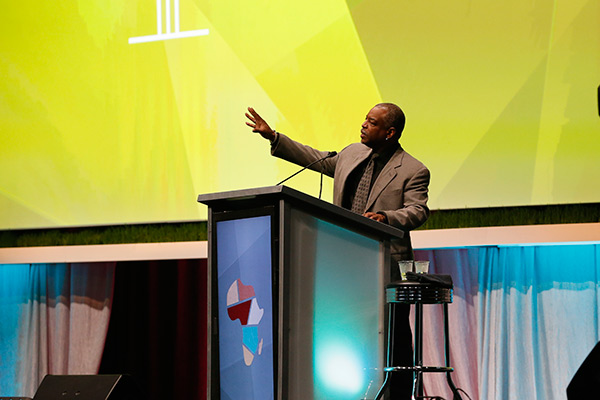 The Influence of Popular Culture

Burton said that he believes his life was destined to revolve around storytelling, and his mother was the first of four individuals he remembered as crucial storytelling mentors of his life. The second was Gene Roddenberry, the American television screenwriter and producer, best remembered for creating the original Star Trek television series.

At a time when few African-Americans were read about in novels or seen on TV, Burton remembers being inspired by seeing African American actress Nichelle Nichols on the popular series. He emphasized the important message of self-worth that is sent to black children when they see themselves represented in popular culture.

“I cannot impress on you enough just how important it is for us to see ourselves represented in the popular culture in order for a healthy self-image to be formed and developed.”

A New Frame of Reference for Americans

A third mentor, for which Burton said it would be difficult to express the magnitude of impact on his life, was author Alex Haley. Haley’s family story was told forty years ago through the eyes of his ancestors in the television mini-series Roots, in which Burton played the lead role as Kunta Kinte, a young African who was captured and sold into slavery in America. When the series aired for eight consecutive nights in 1977, it helped reset a national frame of reference around the harrowing issue of slavery in America.

“Before Roots, America was able to tell itself the story that slavery was a justified, even necessary economic mechanism that enabled this nation to rise to the power that it is today on the world’s stage,” said Burton. “After Roots, it became impossible to even think about slavery without visualizing its impact on the African people who were so unjustly enslaved, and all of that was accomplished with one family’s story.”

Before closing his remarks, Burton named his fourth mentor as Fred Rogers, from the familiar children’s television show “Mr. Rogers.” He spoke of a time when they both attended an event at the White House with the purpose of examining the effects of television on children. Among those at the event were many important people, which included heads of television studios and networks from California. When the time came for Fred to share his thoughts he asked everyone in the room to close their eyes for one minute and think of a person who had seen their potential.

Burton led RootsTech attendees through the same exercise, and said afterward, “We, none of us, ladies and gentlemen, get through this thing called life on our own.”

Burton closed with words from a favorite recording artist, jazz singer, Dianne Reeves, and echoing her message said, “In my sixty years of experience, I have never encountered a solution to being human that makes more sense to me than standing in love.”

Before leaving the stage, Thom Reed, senior marketing manager from FamilySearch, presented Burton with a gift of his family’s history. Burton was visibly moved as he accepted the gift, saying, “These are my people.” 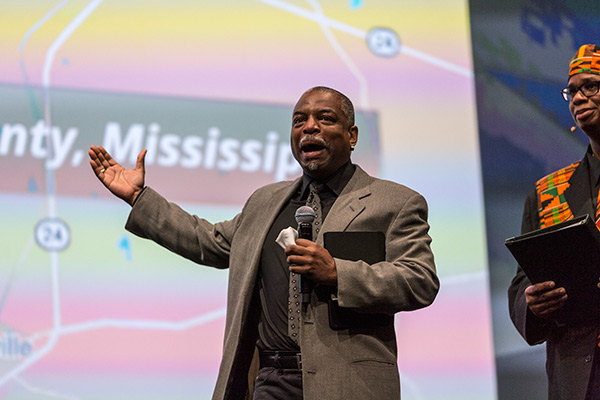 We know you couldn’t attend every RootsTech class, so we compiled a list of some of the most useful genealogy tips you may have missed.
Linda Clyde, Miryelle Resek, Lizz Miller | Mar 29, 2017
Related Posts
Thank You for Your Submission
Invalid Email Address
Please Try Again
Contact Us Frequently Asked Questions