Music: A Bridge Across Generations

“Music has been in my family forever,” said America’s Got Talent finalist Evie Clair, who performed at the 2018 RootsTech Family Discovery Day. Clair was introduced by RootsTech emcee Jason Hewlett. She was joined by Tengo Talento, Mucho Talento finalist Alex Melecio and One Voice Children’s Choir member Kenya Clark. Each vocalist shared both his or her musical talent and unique family stories at a special session entitled “Music: A Bridge Across Generations.”

The event opened with Melecio and Clark singing a beautiful rendition of “The Prayer,” a song written by Carole Bayer Sager and David Foster and made famous by Celine Dion and Andrea Bocelli. This performance was followed by Evie Clair singing a Richard Marx and Linda Thompson original, “To Where You Are,” a song particularly meaningful after the loss of her father in 2017 to colon cancer. 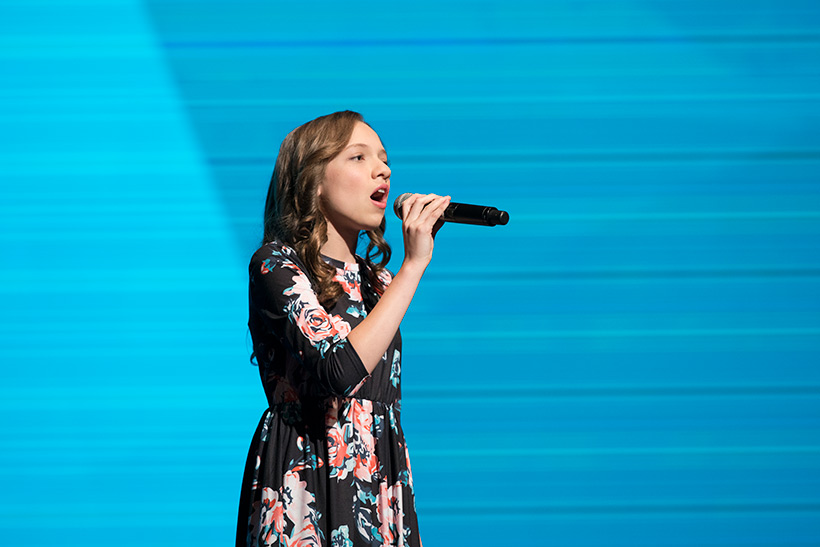 Each performer met with a family history consultant before the evening’s performance to learn more about individuals in his or her family. The first to share was Kenya Clark. Her great-great-grandfather Fermin Delgado left his family and was never seen or heard from again. His wife and children had to struggle for survival—his wife was forced to go to work and her children found themselves in an orphanage.

At night, the children were separated, boys from girls. Each night Delgado’s daughter, an older sister, would run to the gate, tormented by the sound of her baby brother crying. She could see where he slept but could not get close enough to comfort him. An older boy took pity on the family and began to comfort the baby at night. Later, he married the older sister and together they adopted and raised her siblings.

Clark learned that her ancestors, Delgado’s children, were left with lasting pain and resentment toward their father. Later in the evening’s performance, Clark spoke about forgiveness, sang “Amazing Grace,” and shared that Delgado’s wife, despite being abandoned, had chosen to forgive Delgado. 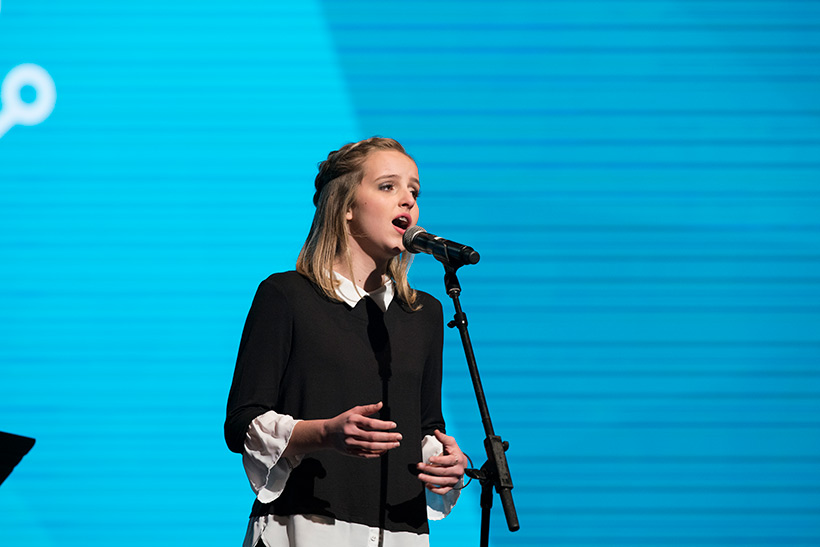 Evie Clair shared with attendees that her real name is Evelyn Abplanalp and that the Abplanalp name is Swiss. When she sat down to work with her own family history consultant, she was hoping to confirm a story that her father had always told the family—that they were descendants of a little baby who survived an avalanche in Switzerland. Evie learned that the story was true.

In Switzerland there is a Planalp mountain right next to Lake Brienz. There was once a village established at the base of that mountain. An avalanche had occurred on Planalp, sweeping everyone from the village into the lake. Days later, when people went out looking for survivors, they found a baby in a wooden cradle floating in Lake Brienz. They retrieved him and gave him the last name of Abplanalp, ab, meaning “off,” and Planalp, the name of the mountain.

Later in the program, Clair sang a song, “Army of Angels,” which was written by her cousin. She shared her feelings about the song, saying, “No matter how far ancestors may seem from us, … when we need them, then they’ll come back and they’ll help us through things.” 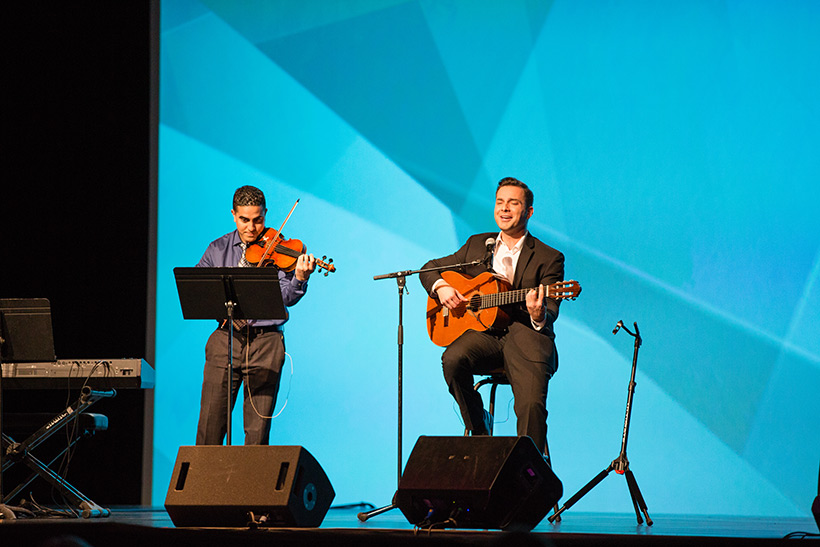 Clair was followed by Alex Melecio, who shared a tender experience he’d had with his grandfather, a man by the name of Bartolo. Bartolo was not known by the rest of his family as a happy man—and even Melecio struggled to find a photograph of his grandfather smiling. But the family’s experience with Grandpa Bartolo was not destined to be Melecio’s.

As a young man, Melecio moved in with his grandparents for two months in Mexico while he prepared to serve an LDS mission. Melecio had purchased and brought a new pair of black shoes from the United States for his grandfather as a gift. The gift was very meaningful to Bartolo, as shoes in Mexico are often a luxury. He thanked Melecio almost on a daily basis, and when Melecio returned from his mission, the first thing his grandfather did was show him the shoes. He had taken good care of them and had even had them resoled.

During the course of their relationship, Melecio and his Grandpa Bartolo became close. Melecio shared, “I connected with him in ways that I don’t think his children were able to. … He expressed feelings to me that he never for some reason expressed to his children.”

Melecio, inspired by his special relationship with his grandfather, wrote a song in his honor, which was entitled “Eres Luz” (“You Are Light”), and performed it for Family Discovery Day attendees. Speaking of his experience of diving into his family history and performing at the 2018 RootsTech conference, Melecio said, “I felt [my grandpa] so close throughout this whole experience as I wrote the song, and I’ve just been looking forward to this moment.”

The musical session was closed with a beautiful rendition of “How Does a Moment Last Forever,” featuring all three vocalists.