At the age of 5, Saroo Brierley found himself alone at a train station in his home country of India. It had been late in the evening when his brother, Guddu, had left him to rest on a platform bench, promising to return soon. When Brierley woke, what could have been hours later, Guddu was nowhere to be found. Dazed and groggy from sleep, Brierley boarded the train in front of him with the hope of finding his brother. Little did he know, he would never see Guddu again.

The train took Brierley thousands of miles from his home, his mother, and his siblings. When he disembarked, he found himself in a busy rail station in Calcutta surrounded by throngs of commuting people who didn’t speak his native Hindi language and who didn’t seem to notice the small frightened boy in their midst.

As Brierley retold his story for attendees, he described what it was like being lost as a 5-year-old and falling to his knees in despair. But he also spoke about the courage it takes to keep going. “The great thing about human beings is that when we do fall on our knees, we let everything out, shed everything out, and we learn to pick ourselves back up,” he said.

When he got back up from his knees, he determined to keep boarding trains again and again until he found his way back home. Again and again he found himself back in Calcutta. After weeks, he found the courage to walk away from the station into the unknown city.

Brierley described almost drowning 2 different times in nearby rivers and narrowly missing being taken as a prisoner by people with ulterior motives. Eventually, he befriended a teenage boy that took him to the police. In the hands of the authorities, Brierley was locked up for 2 days before being sent to a youth juvenile prison. In time, the decision was made to place an ad in the Calcutta papers to see if anyone would come forward to claim him. When nobody did, Brierley was taken to the Indian Society for Sponsorship and Adoption. Those operating the society gave him the option to stay or to choose to be adopted by a new family. After weighing his options, Brierley chose adoption.

His adoptive parents, Sue and John Brierley, met him for the first time at an airport in Australia and raised him as their own in Hobart, Tazmania. He grew up experiencing the Australian way of life: the culture, the food, and the language. Speaking of his relationship with his adoptive parents, he said, “My parents were amazing people and I have such gratitude towards them.” He described his mother’s love for India: the people, the food, the spirituality, and culture; and praised his father as an “amazing businessman.” 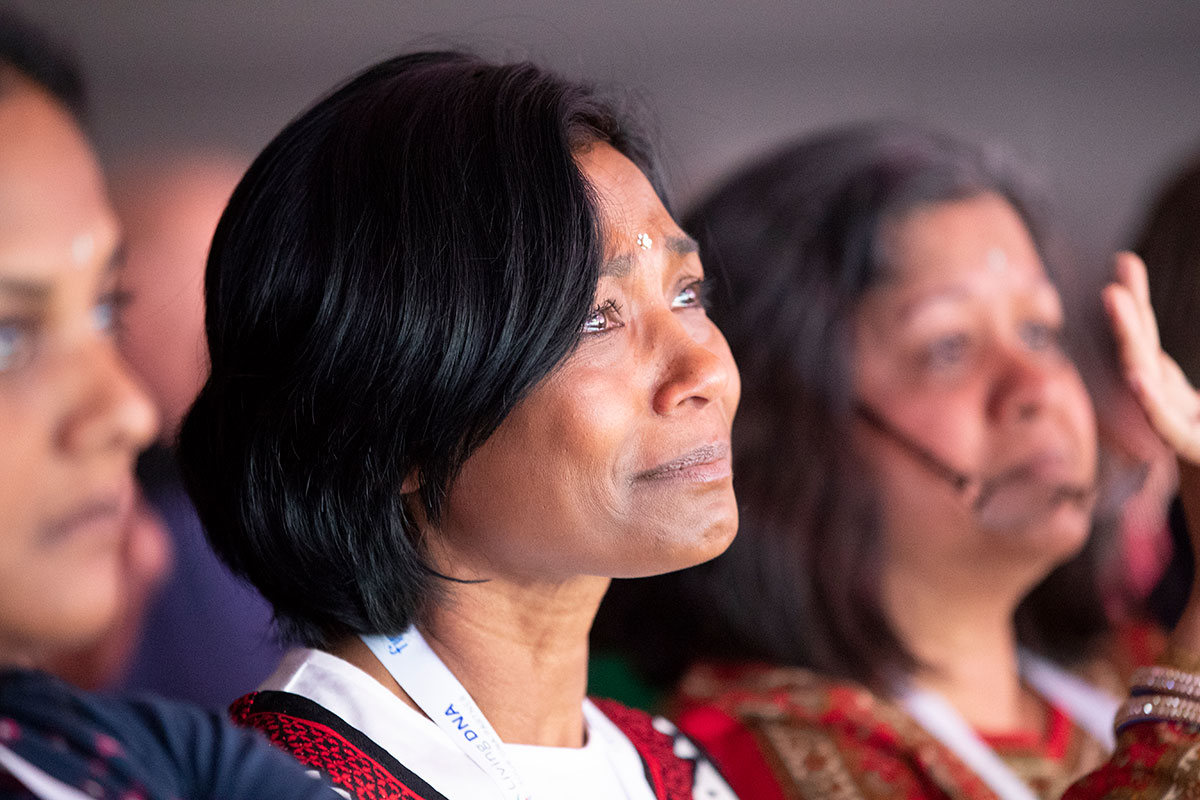 When Brierley reached his early 20s, his curiosity about his Indian roots began to grow. He described the feeling as a “massive void that had been sitting there for such a long time.” The curiosity of the void became stronger and stronger and continually occupied his thoughts.

When the remarkable technology of Google Earth was released, Brierley found himself entertaining the idea of finding the rail station he remembered from so long ago, the one he’d gone to with Guddu. Having a solid map in his head of the station, a nearby water tower, a ravine, and a bridge, he began his search. “I know what I was looking for,” he said. At times it seemed futile and after 5 years of searching he sometimes considered giving up. But one night, he found it. Using a drawing he’d made as a child, he compared it to what he was seeing on Google Earth. He was certain he’d found the right place. After sharing his discovery with his adoptive parents and getting their blessing, he planned a trip India.

Once Brierley was actually standing in the station he experienced what he could only describe as muscle memory. His legs knew the way home. After thirty minutes he found himself reunited with his birth mother. He called this “such a pivotal moment, a moment I thought I would never achieve, a moment where, you could say, that 2 souls rested, from my mom to myself.”

Soon thereafter, the local policemen alerted the media to Brierley’s story, and before long he was being contacted for interviews. The miracle of his reunion story began to be known far and wide. Brierley decided to write his story, a book he entitled A Long Way Home and in November of 2016 the award-winning movie, Lion, depicting his story was released.

One of the most touching moments from Brierley’s address came with the video he shared of his two mothers meeting for the first time, a wish his adoptive mother had expressed for years come true. Of this tender introduction Brierley said, “I am so privileged to now have 2 mothers: a mother that gave me birth, to a mother that gave me a second chance in life.”

Brierley closed with the following words: “What is the success of my story and how did I do it? The massive love for my parents, my sister, my brothers, the fusion of integral elements of hope, determination, sheer grit, being fierce—that's how I managed to do what I did.”