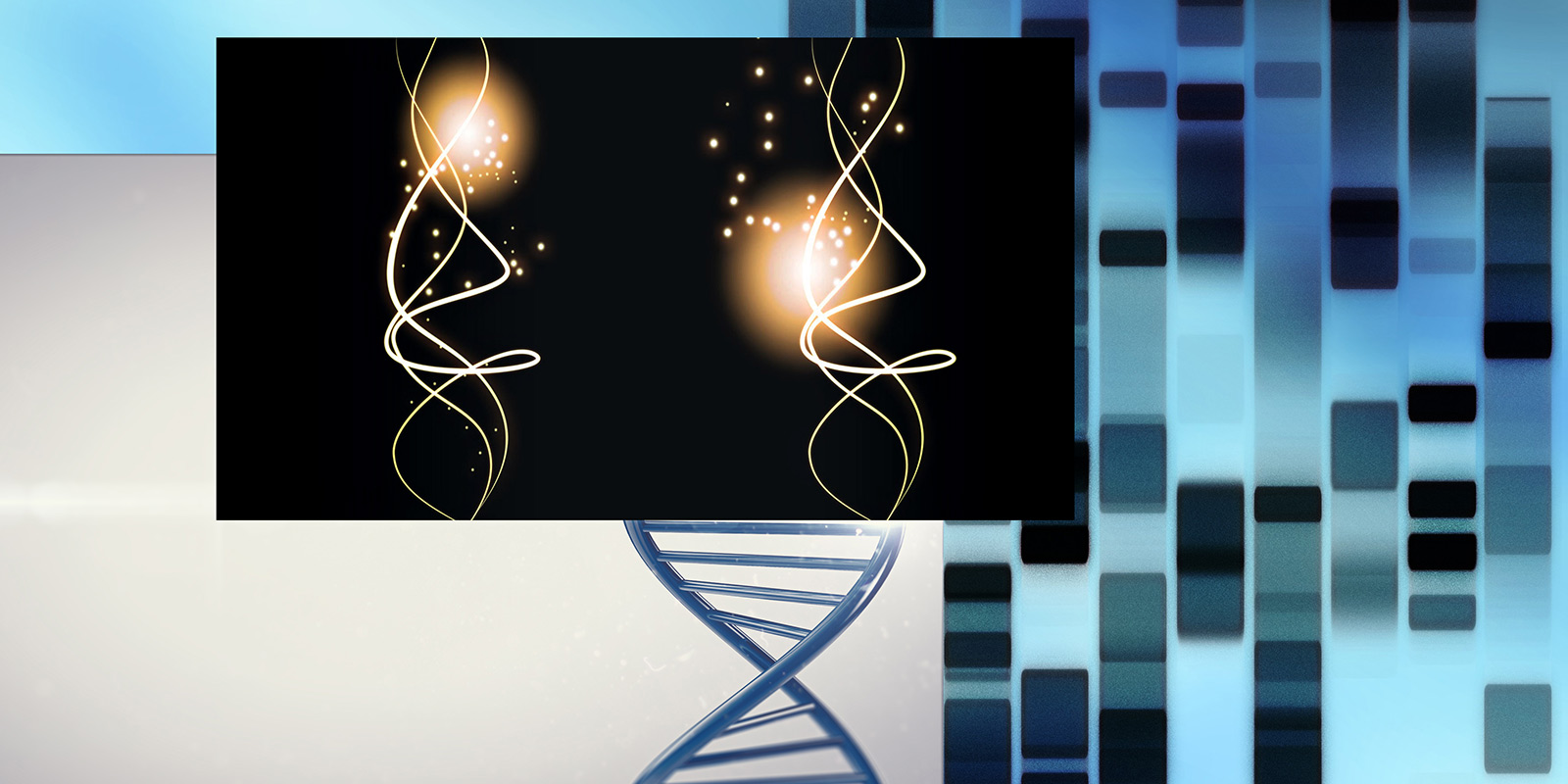 The Evolution of Genetic Genealogy

This is the first of a three-part series examining current and future uses of genetic genealogy. Read parts two and three.

Genetic genealogy is a relatively young science that’s evolving quickly. Companies like 23andMe, Ancestry, Family Tree, and MyHeritage are just a few of the organizations that have begun offering genetic testing in the last two decades. Some companies, like African Ancestry, are specializing in testing specific ethnicities. This exciting new world is opening doors and offering answers to anyone who has ever wondered about his or her roots or who wants to know more about his or her family health history.

In her presentation at RootsTech 2017, Diahan Southard spoke about the recent advancements in genetic genealogy and how such information helps us understand who we are and where we come from.

“You have your very own unique record, and no one else in the whole world can tell your story the way you can,” said Southard. “And that’s what makes genetic genealogy so exciting, because we can each participate in it in our own way.”

At the beginning of the 21st century, genetic testing was just stepping out of obscurity, though it had been used for a few decades to identify genetic anomalies, such as PKU (phenylketonuria), an inborn infant metabolic disorder in which amino acid builds up in the blood, causing intellectual disabilities. Beginning in the 1970s, all infants were routinely tested for PKU by pricking their heels for a blood sample. Any who were found with the genetic disorder could then be treated with a strict diet.

Learning the basics of genetic testing terminology is easier than you might think — it all depends on cells and the chromosomes found within them. Human cells contain 23 pairs of chromosomes, totaling 46 individual chromosomes. Two of these are sex chromosomes (usually women XX and men XY), and the other 22 pairs are autosomal, or trait, chromosomes.

Early genetic testing often focused on the sex chromosomes, mitochondrial DNA (maternal), and Y-DNA (paternal). Mitochondrial DNA is passed from the mother to both her male and female offspring. Y-DNA is paternal and is passed only from father to son. This early testing limited women and allowed them to trace only their maternal lines.

Genetic testing has come a long way, with most companies requiring only a saliva sample. Autosomal testing is commonplace and is frequently used to confirm biological maternal and paternal family relationships with greater accuracy.

Genetic genealogy companies offer a variety of services that test mitochondrial DNA, Y-DNA, and autosomal DNA, each of which is valuable for different purposes and allows people to make informed decisions about their health based on their genes, including whether or not to have children. Many of these companies also offer genetic counseling for those who discover they carry risky genes. For example, in 2013, American actress Angelina Jolie made headlines when she opted for a double mastectomy after discovering she carried the “faulty” gene BRCA1, which increased her risk of breast cancer and ovarian cancer. Angelina lost her mother to ovarian cancer. Jolie shared that after the surgery, her risk of developing breast cancer decreased from 87 percent to less than 5 percent.

Genetic testing can reveal which haplogroup you belong to. A haplogroup can be considered a large clan, like the Vikings or the Celts, but includes many subgroups. Think of haplogroups as the pedigree chart of humanity’s clans. These clans are also divided into male and female lines that allow you to follow paternal and maternal lines up and down humanity’s tree. Knowing your haplogroup allows you to look much farther into your family’s past, beyond surnames — but be aware that with the continual stream of new information being discovered, the haplogroups are growing and changing.

When it comes to the future of genetic genealogy, the sky’s the limit. Genetic genealogists are interested in developing a universal family tree that would allow all living people to see how they’re all related. Before long, you might be able to compare your own DNA with the DNA gathered from rare ancient human remains. Maybe you’d be interested in seeing what your third or fourth great-grandparents looked like. Genetic genealogists are already working on creating virtual ancestors by reconstructing genomes through an ancestor’s descendants. We can all look forward to exciting discoveries as we keep our attention on the ever-evolving world of genetic genealogy.

Have you used DNA research in your genealogy efforts? Join us next week for part two of this series exploring genetic genealogy.