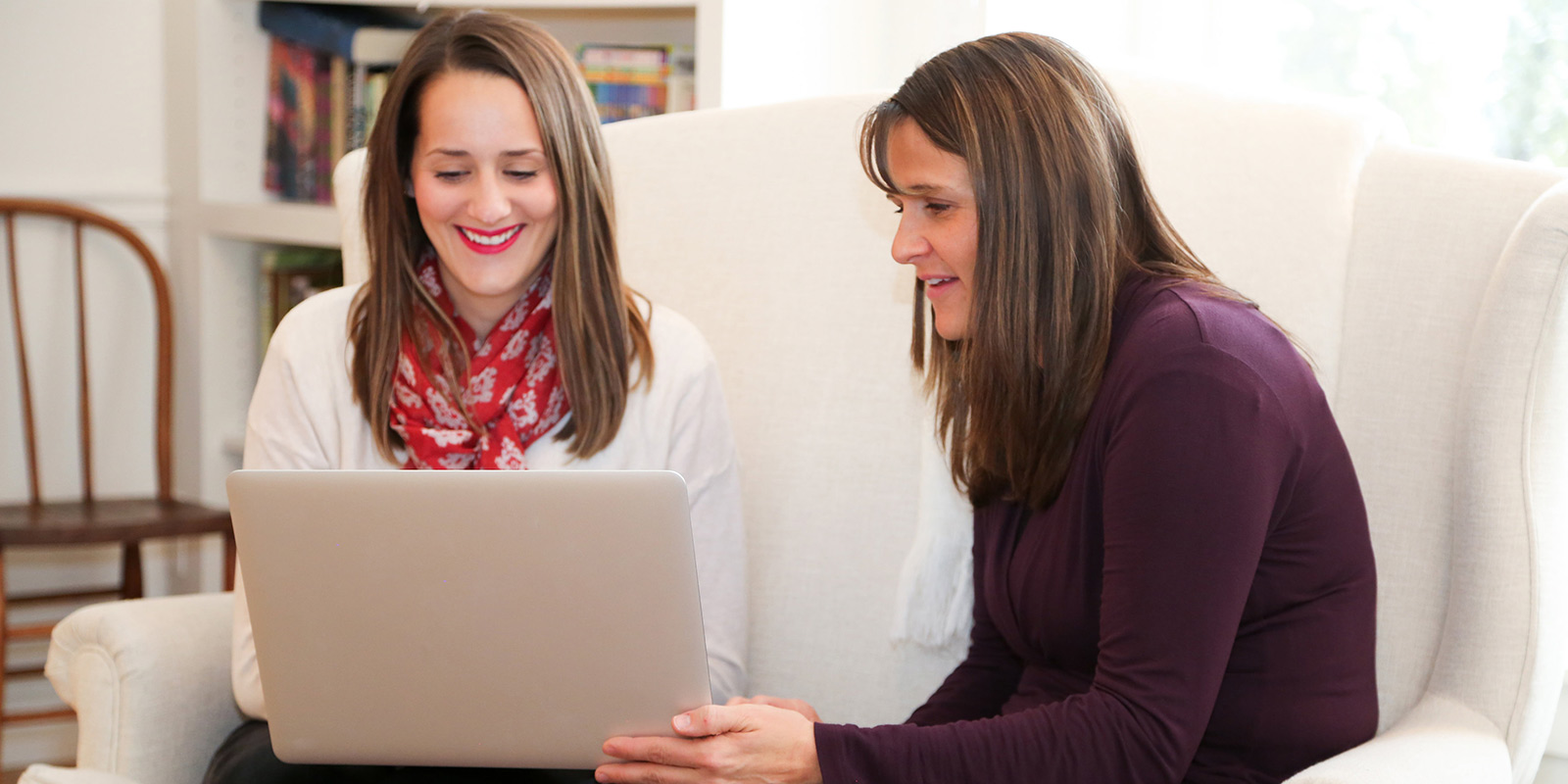 Where to Look to Find Your Female Ancestors

This is the second in a two-part series that identifies problems and offers solutions for tracing your female ancestors. Read part one.

It’s not always easy to follow a paper trail to the identities of your female ancestors. But in her 2017 RootsTech address, Judy Russell offered hope, suggestions, and examples of the many places to look that perhaps you haven’t thought of before.

“If we will check every record, if we will look under every stone, if we will milk every detail in every record that we find, all of the mothers and daughters and wives of our families will no longer be hidden to us,” said Russell.

Vital records are birth, marriage, and death records, and while women certainly have vital records, they are often missing important information. When studying these documents, Russell suggests looking at all names found on the document—the names of parents, maiden names, and names of informants on death records.

On an early marriage license from Nassau County, Russell found the full names of the bride and groom’s mothers—both including maiden names. This being the groom’s second marriage, it also listed the full name of his first wife, who had passed away.

“Record every detail from every vital record,” said Russell. “Go behind the obvious marriage records.”

Birth records also give valuable information. “Nowhere will you find women in more records than the records that result from births of all kinds.”

When speaking of illegitimate births, Russell said, “Don’t overlook the records that may suggest that perhaps there’s a birth in one of our families that may not be exactly what we were hoping for.” She shared an example from a Salt Lake County birth certificate from 1891 of a William Harschvogel. His mother, Matilda Harschvogel, age 22, was listed in the birth registry, but there was no mention of the father. “So frequently, to reconstruct some of these families, you’re going to be looking at the mother’s maiden name, not looking for a father.”

It would be great if all of the couples in our family tree had perfect relationships, but that wasn’t always the case.

“Don’t be concerned; be thrilled if you happen to find, in your family, divorce records. Because divorce records have got lots of detail, detail you often cannot find anywhere else under any circumstances,” said Russell, such as details of the original marriage event and information about the couple’s children.

Sometimes you’ll get lucky when looking over probate and estate records. Russell gave the example of a man in 1818 who, in his will, named six of his daughters by their married names. “It doesn’t get much better than this to reconstruct a family,” she said.

When searching these kinds of records, “don’t stop at the wills,” Russell advised. “Look at everything the probate and estate court has. You want to look for things like proceedings for partition of land resulting from death.” In 1845 in Bergen County, New Jersey, five daughters and even some granddaughters were listed in a request to partition land after a decedent’s death. “Lots of daughters can show up in these documents.”

Don’t forget bonds—agreements between two parties. Women can often be found in these documents as well. Russell shared an example of a guardianship bond from 1881 in Wayne County, Michigan. “A woman named Lavinia Moore is being named the guardian to Annie Ferguson. And the cosigner on this bond . . . is another woman named Nellie.” The bond revealed the story behind these women: “Lavina Moore was actually Annie’s mother. And she had given Annie up for adoption to John and Mary Ferguson. She was somewhat dismayed to discover afterward that John and Mary were not actually married to each other, that Mary had shot and killed Jon in a bar fight, and that Annie, at the time, was—how did they describe it?—living with sharpsters in a saloon.” It isn’t surprising at all that this little girl was given back to her mother.

Women are found all over in court records. In one example, according to the court records, in a criminal case in 1883 in Coch County, Tennessee, “the charge was infanticide. Any time an illegitimate child died at birth, it was fairly common for there to be an investigation and, frequently, a prosecution.” In another example, in a bastardy case in 1834 in North Carolina, a father was ordered to “pay $20 a year to support the child of Elizabeth Wilson. Now the defendant in the case, A. L. Ray paid up right away. He didn’t have much of a choice. He was the clerk of the court!”

In 1880, Rabun County, Georgia, Sally Hemphill was charged for the death of her illegitimate child. “Now she didn’t fight this case. She pleaded guilty right away. She agreed to be sentenced. She was sentenced by the court of nine months on the chain gang and the payment of a fine. She wasn’t in a position to pay the fine. This was a poor girl. She had no money. They auctioned off her services to the highest bidder. She paid off her fine at $1.60 a month.

“And these records are all over the court minutes. You’ll find them from colonial days right up to the 20th century. [It is] well worth looking for women in court records. And when you’re looking at court records and women, you want to think outside the box. Don’t just think of victims or plaintiffs or defendants or witnesses You want to think about anything a woman might do in connection with a criminal case.”

You can also search for women in legislative records. Sometimes they’ll be hidden in the records of men. Divorces were difficult to get in Pennsylvania, so those petitioning for divorce frequently had to go to the legislature. One such example of this is the 1806 case of a man named Jacob, who sought a divorce when Eve, his wife of five months, gave birth to a daughter. “With a belief that under these circumstances happiness was not to be expected, they agreed to separate. He pays her 10 pounds. She leaves. He remarries. Twenty-five years and six children later, it dawns on him that Eve still has dower rights [to] his land. If he dies, it goes to her, not to the children [of his current marriage] and not to the second wife. So this divorce [making the separation more official] legitimates the children” from the second marriage—which we hope he made an official marriage. Both wives are identified in the legislative records, so that’s two more women’s names found.

The exciting thing about legislative records is that “they can be about the poorest of our ancestors, not just the wealthiest.” In 1792, a slave went to the Virginia legislature and bought her own freedom and eventually the freedom of three of her children. “They had to go to the legislature to get their emancipation confirmed. So here in the very poorest of the poor of our families, we will find women in legislative records.”

“Church records are fabulous,” said Russell. For example, in Catholic records from 1892 in Chicago, “not only do they have the maiden names of the mothers in these baptisms, they have the maiden names of the female godparents. Sometimes a church record is the only record you’re going to find.” You’ll often find lists of members of churches. On an 1817 list from Monroe County, Indiana, half of the 26 members of a Baptist church are women listed by name.

School records can also be useful since they started being kept much earlier than most of us realize. Sometimes you can find a school census that will list a child and the head of the child’s household.

We often think of military records containing mostly men’s names, but Russell said “don’t overlook the possibility of military records.” If you get lucky, you might discover a record similar to that of Franklin Thompson of the second Michigan infantry in the Civil War, who really turned out to be Sarah Emma Edmonds of Flint. She served under an assumed name, but she later got a pension for her service—and she wasn’t the only woman to do this.

You’ll be surprised how exciting it can be when you look in an unexpected place and find the names and stories of your female ancestors. If the trail ever seems to turn cold, here are a few more places to look for female ancestors: